THE TRUTH BEHIND THE ICONIC IMAGE
7

BUT DID YOU KNOW THAT THE IMAGE IS BEHIND ONE OF THE BIGGEST NOBEL PRIZE CONTROVERSIES?

Many would agree, probably the most important darkwave, gothic album of all time is Joy Division’s ‘Unknown Pleasures’. The grooves that propel the needles journey from the outer plane of the disk, inextricably spiraling into the epicenter, perfectly re-tracing the path of any matter captured by the gravitational pull that attracts matter towards the center of a galaxy. The audio that the diamond stylus liberates from the grooves from the debut album is undoubtedly as cold and  as dark as the iconic image that adorns the album sleeve. But what’s the story behind the image and what is the contraversy that lies behind the stark image? 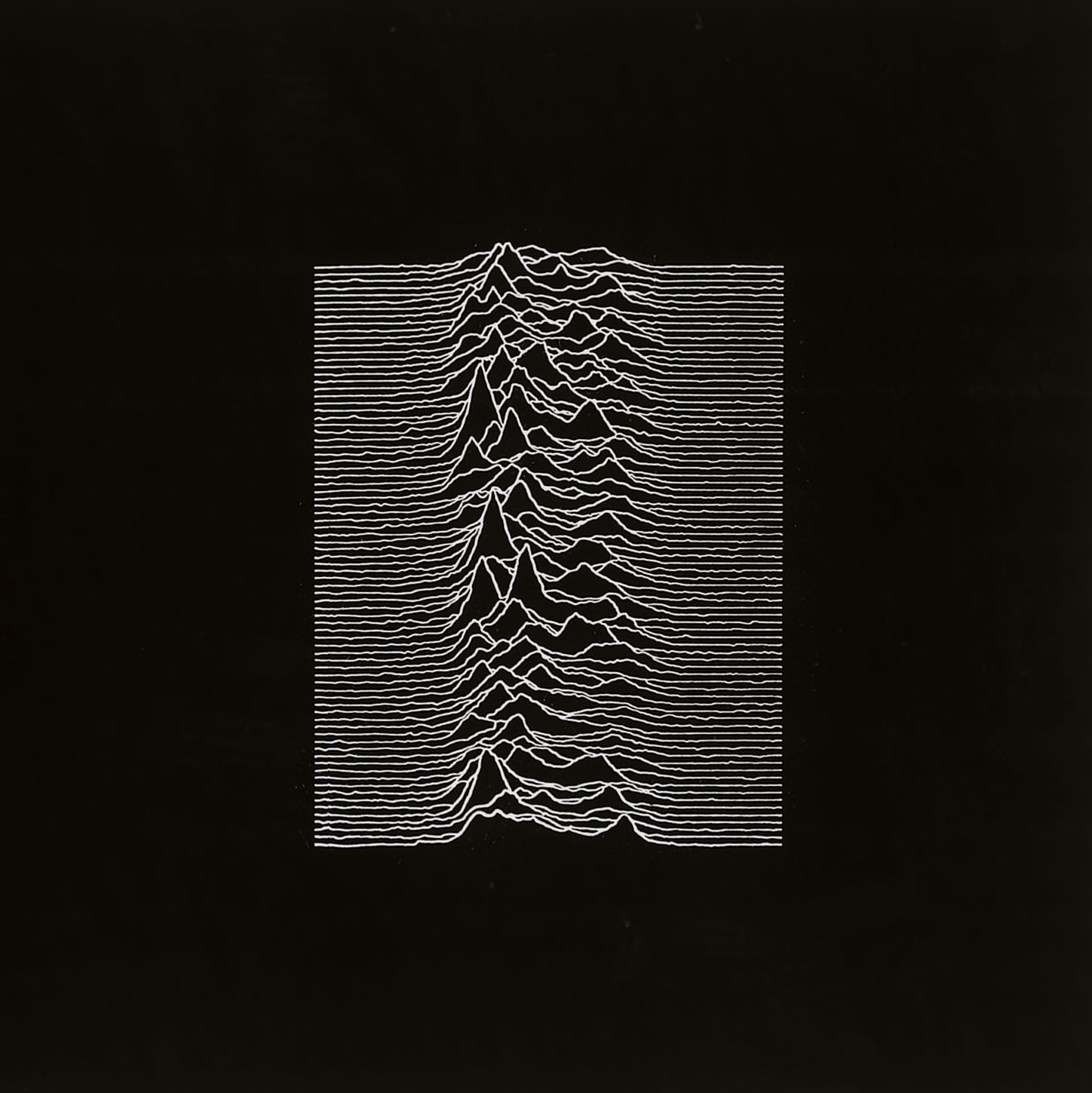 It was after a concert at the Cornwall Colisium where Lavolta Lakota, (a band that I was drumming for at the time) had been supporting New Order, that over a beer with Bernard and Hooky the conversation had, at a very late stage of the evening back at the hotel bar, turned to the origins of how the design for the cover of ‘Unknown Pleasures’ had come about. Bernard told me that the image had been found in a Scientific Encylopedia that showed a ‘dying star’ and that he just ‘liked the image’. The image, that resembled a heartbeat was then passed to Peter Saville, an artist responsible for the vast majority of Joy Division’s , New Order, and many other Factory Records album sleeves to design the finished cover.

Many years later, despite the abundance of copies of the image, the true and amazing story behind its existence is unknown to the vast majority of people who now directly connect the image to that of Joy Division. 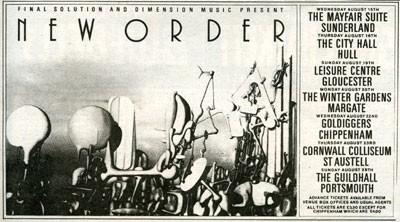 AN INTRODUTION TO THE COSMOS

Many years after my conversation with the two members of Joy Division, my daughter, who by now is studying Astro Physics at University, informed me of a talk at a local school that was to be given by a physicist named Jocelyn Bell Burnell. My daughter explained that the lecture was about the latest theories regarding the origins of the universe and it was open to all to attend.

Upon arriving at the school, the assembled throng of one hundred or so attendees were ushered into the hall. Within a few minutes a very unassuming lady appeared and presented a fascinating lecture which included describing how the latest discoveries at Cern via the Hadron Collider, were now being used to confirm what, up until recently, had only been theories in relation to the start of the universe i.e. the ‘big bang’.

It was not until the lecture had finished and questions were taken from the audience did it become apparent who I had been in the presence of for the last hour or so.

It was the very first question that gave an insight into exactly how significant this distinguished lady was, not only to the world of scientific discovery, but also to the album sleeve of a post punk Manchester band.

‘How did you feel about having the Nobel Prize stolen from you?’ It was clear from her response this was a common question at her lectures. The question was met with a smile and the considered calm response that had clearly been given many times. ‘If I had been awarded the Nobel Prize it would have been one big party and that would have been that; because of what happened I have been invited to and continue to be invited many many more parties.

This was the first time that Jocelyn Bell Burnell had referred to her ground breaking discovery all evening. It quickly became clear that it was the lady stood right infront of me  who had discovered the ‘dying star’ that Bernard Sumner had referred to over a beer many years earlier. The dying star that is portrayed on the cover of ‘Unknown Pleasures’ is in fact, a trace of a ‘Pulsar’. The trace was produced from the radio telescope that she had built and the recordings she had made during her post graduate studies at Cambridge. Jocelyn Bell Burnell had initially, irreverently named the ‘Pulsing’ transmission LGM. LGM referred to the initial possibility that a such a regular ‘pulse’ from the heavens might indicate that it emanated from a source that would require intelligent life. LGM stood for ‘Little Green Men.’ Quickly, that possibility was discounted and the distant pulse became known as CP1919.

Jocelyn Bell Burnell had discovered that the pulse (Pulsar) was a dying star and is a highly magnetized, rotating neutron star or white dwarf, that emits a beam of electromagnetic radiation. This radiation can be observed only when the beam of emission is pointing toward Earth (much the way a lighthouse can be seen only when the light is pointed in the direction of an observer.)

The following video is Peter Saville’s take on the image he was presented with,  by Joy Divsion.

NO PARTY IN SWEDEN;

The thrust behind the question that the Physicist had faced many times since 1974 showed that the scientific community was not immune from the same  disorder and malady that infects the music business i.e. a clamor of egos and a desire for recognition, even if this recognition is built on the effort, toil and dedication of others, while the true genius behind the work fails to be acknowledged and gain the credit they deserve.

Despite building the radio telescope  that received the now iconic trace  and also being the first person to actually see and deduce from that trace the existence of Pulsars, the Nobel Prize for Physics was not awarded to Jocelyn Bell Burnell for the discovery.

During Jocelyn Bell Burnell post graduate studies Antony Hewish had been the young astronomers supervisor. During her discovery she had to be persistent in reporting the anomaly in the face of skepticism from her supervisor Hewish, who was initially insistent that the trace was due to interference and man-made. Yet, despite the above, and causing one of the biggest controversies in the scientific world, in 1974, the Nobel Prize in physics was awarded to Antony Hewish himself, along with Martin Ryle Hewish and Ryle accepted the Nobel prize with Bell Burnell, never receiving the full recognition for the discovery that was rightfully hers from the Nobel organisation.

So every time you wear the CP1919 T-Shirt, or have the LGM trace tattooed on your body or see the peaks and troughs of a dying star on an album sleeve or yet another facebook posting, remember the diminutive astrophysics PHD student who inadvertently gave the music world one of its most enduring images. Give Jocelyn Bell Burnell to credit she desevers.

Watch what Jocelyn Bell Burnell herself has to say on the matter. (You will have to follow the link to Vimeo.)

Meeting with Jocelyne Bell from Canal Europa on Vimeo.